The Kent County Decon Team stepped in to assist the New Castle County Dive Team with their required training with trying to recover a vehicle that has submerged, with air bags and body recovery.  The Decon Team was to simply wash off the potential petroleum contamination.  However, when the dive site is not accessible by the large fire/decon apparatus, we had to improvise by determining what is needed at the dive site. Then how to get a water source at the dive site.  That is why the fire gator made sense to use, it allowed us to have at least 125 gallons of water to run the decon line. We took a reducing manifold, garden (decon) hoses, sprayer, brushes, buckets, and detergent to the dive site.  Normally we'd set up ponds to catch any contaminated run off.  The fire gator supplied a 50ft, section of 3 in to manifold to decon hose lines for spray, scrub and rinse for the gross decon method, then if needed the transition to technical decon could be set up at the dive site or away from the dive site, or where the Decon trailer, and engine are staged on a hard surface.  Coupled with the heavy rain at times. the gator were the only things able to move with little problems.  As the day wore on the dirt roadway from where the apparatus was parked and the grassy area where the dive site became increasingly more waterlogged, making difficult for even utility pickup trucks to transient the area.  The distance from where the apparatus was parked, and the dive site was approximately 6/10th of a mile from each other. Another takeaway from the training was how heavy the dive teams tanks are compared to our SCBAs.  (Their tanks a reg scuba tank, and buddy tank) in case the main tanks run out and the harness weighs close to 100 lbs.  The decon team members also assist with getting the dive team members don their scuba tanks. 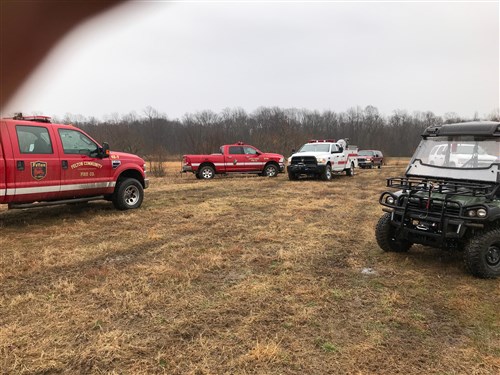 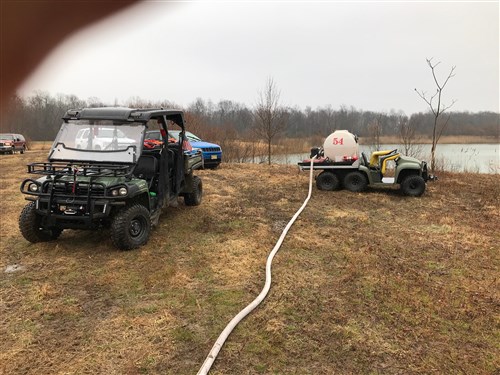 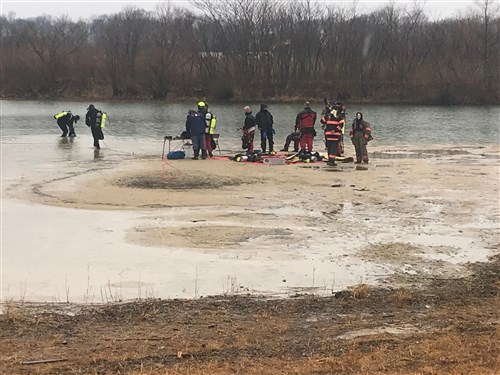 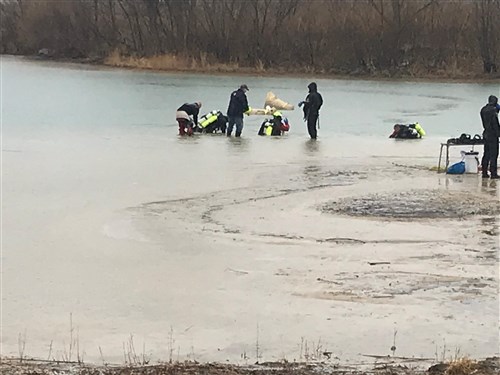 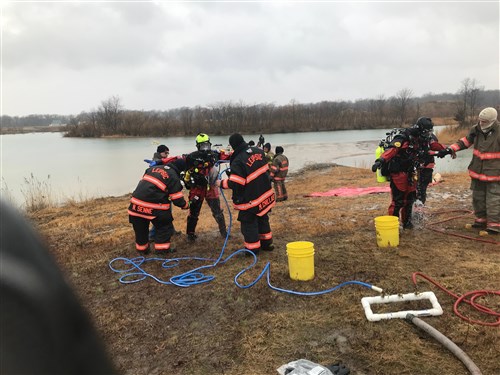 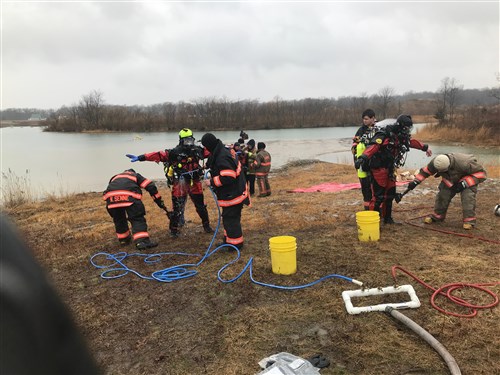 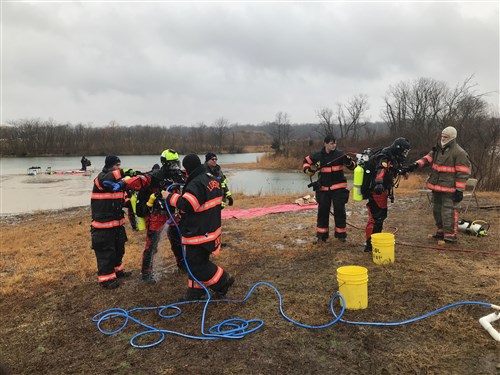 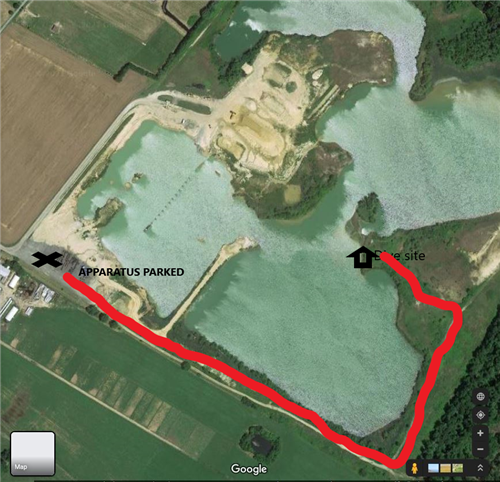